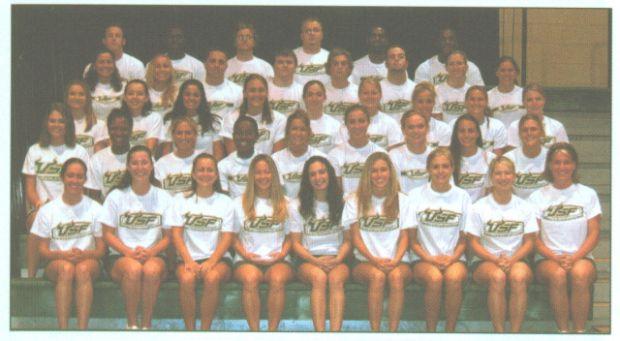 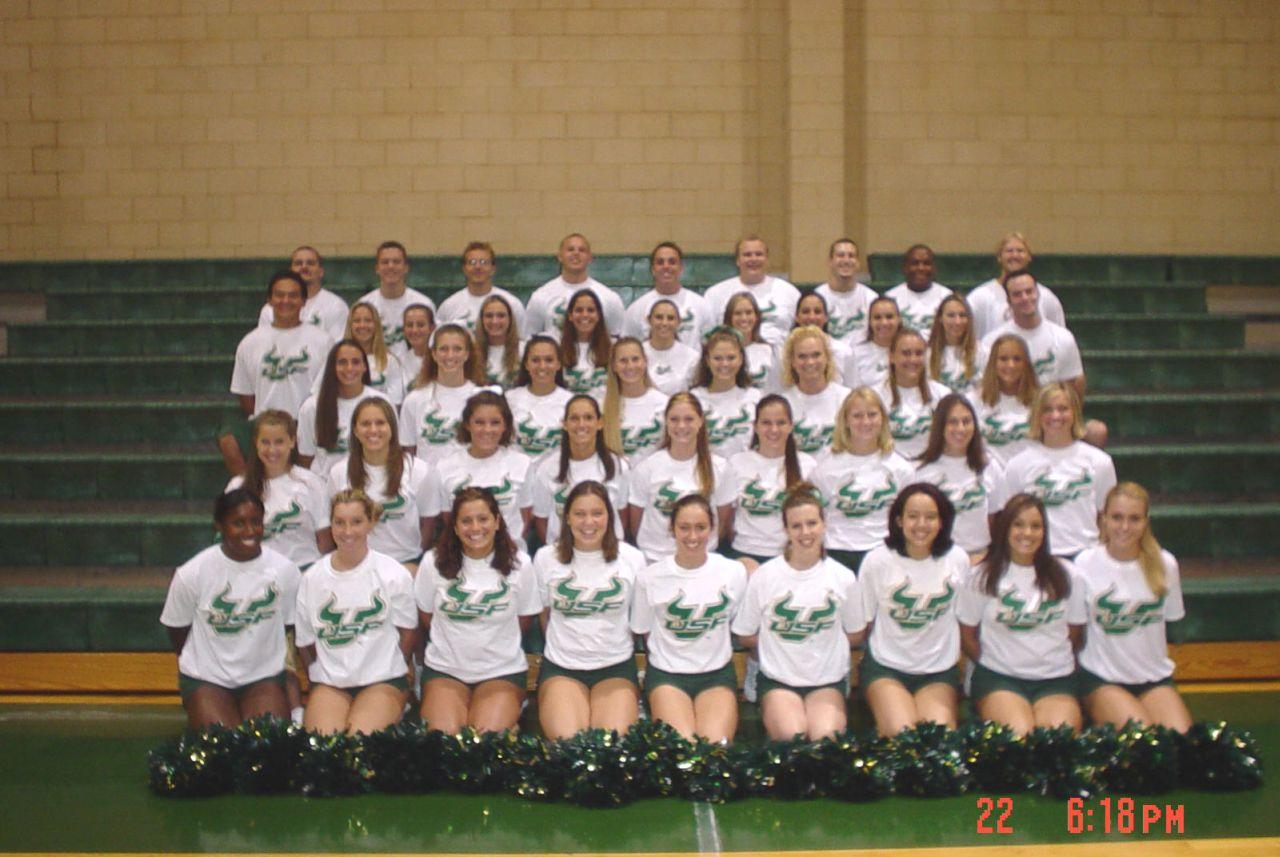 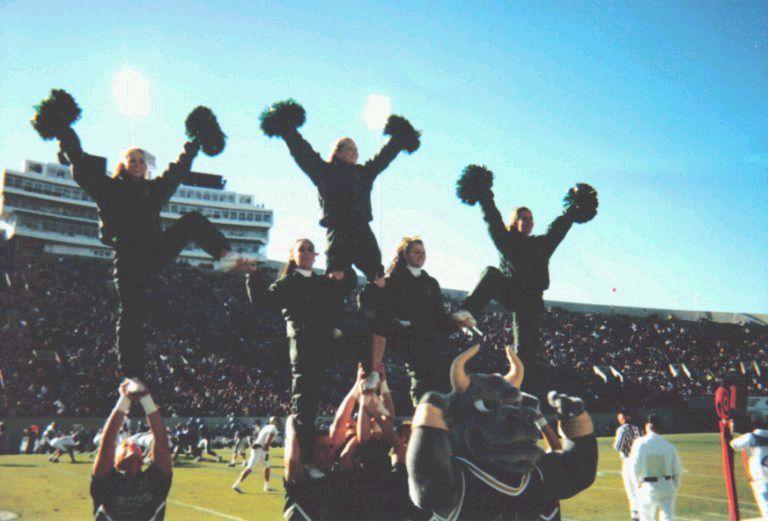 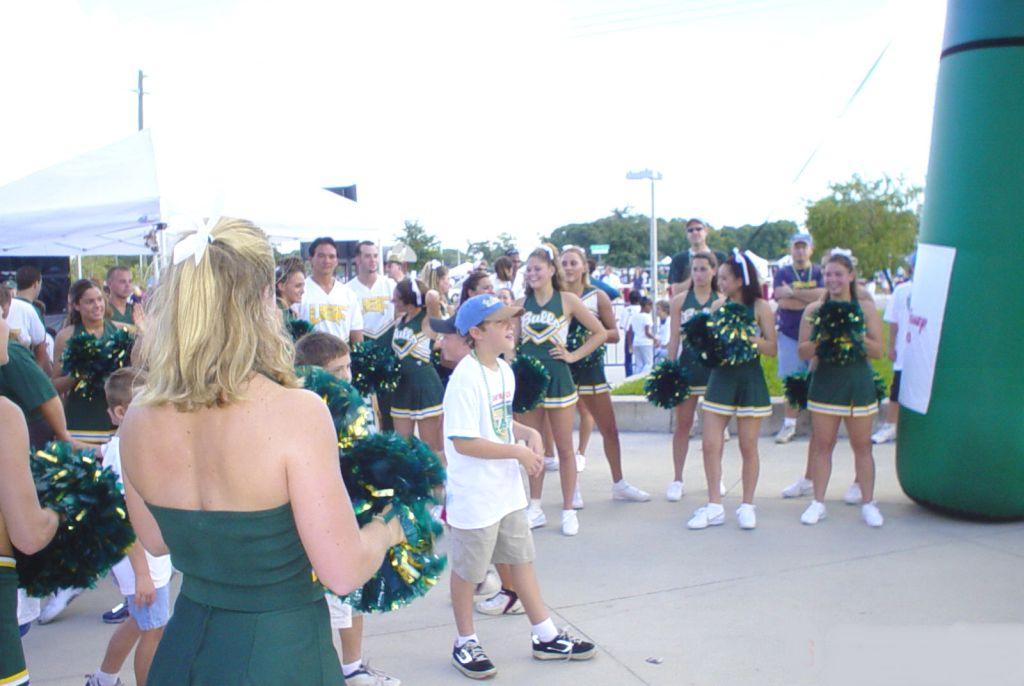 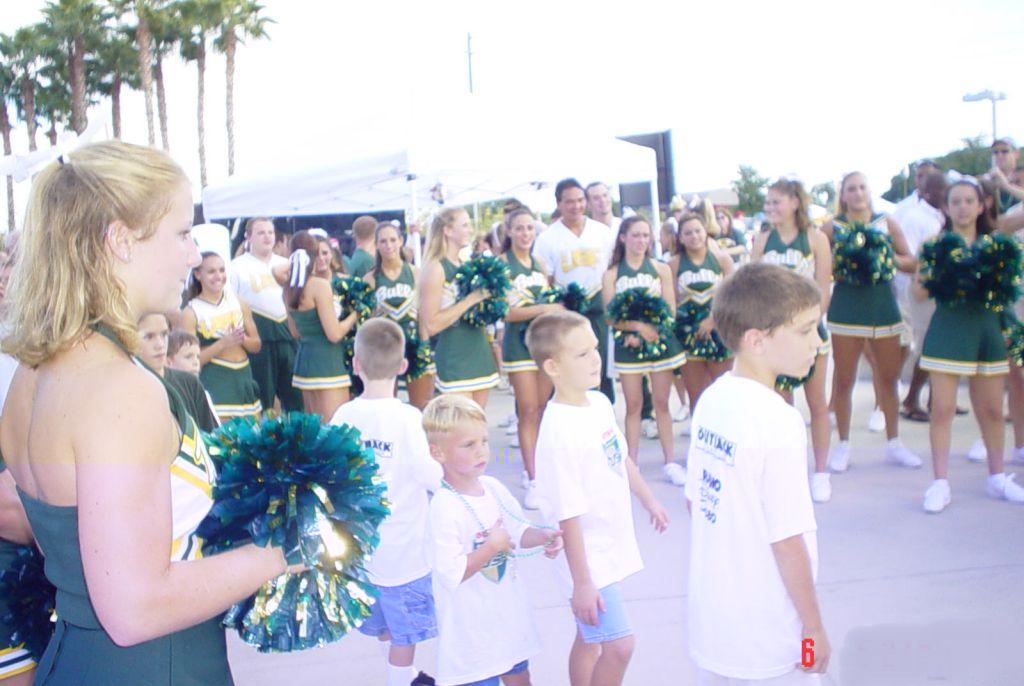 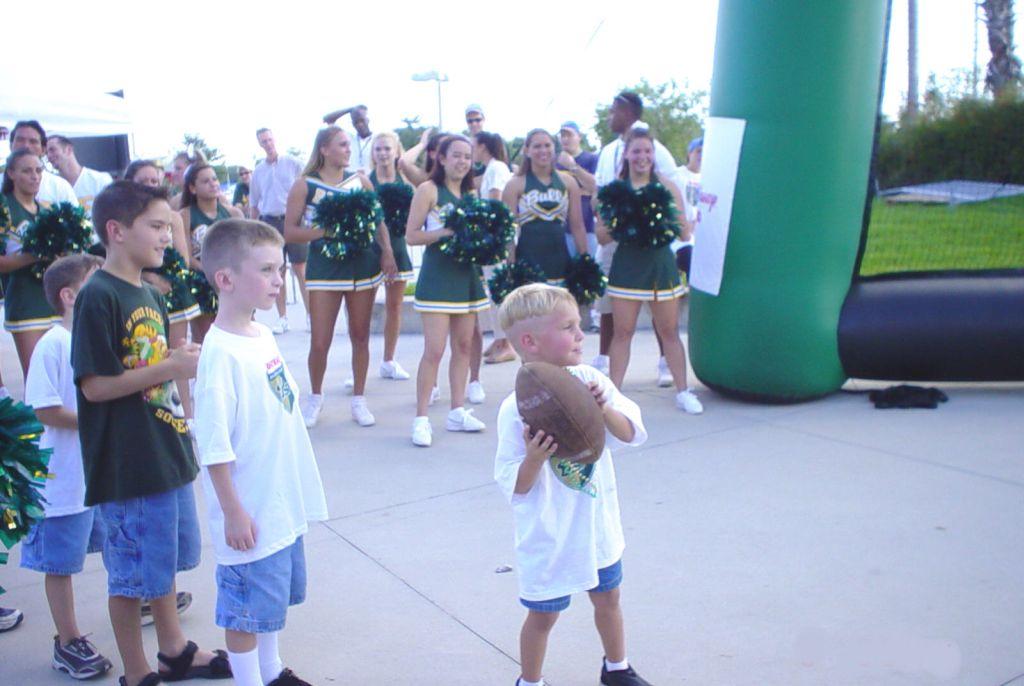 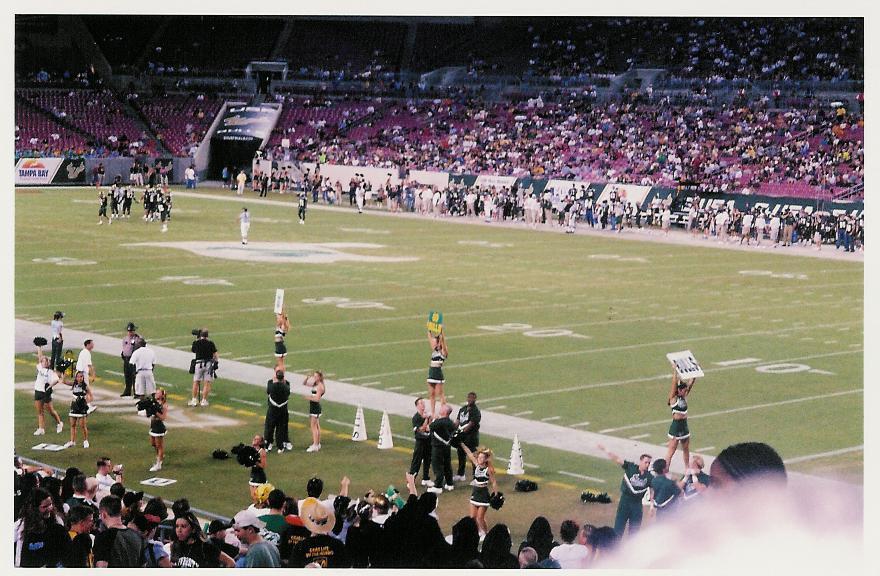 
It all began at a Princeton University football game. Thomas Peebler gathered 6 men who led a yell  on the sidelines in front of the student body. In 1884, he took the yell to the University of Minnesota  campus. On November 2, 1898, a cheerleader by the name of Johnny Campbell got so excited that he  jumped out in front of the crowd.


In the 1870s, the first pep club was established at Princeton University and the following decade brought about the first organized yell recorded at Princeton University. In the 1890s, organized  cheerleading was first initiated at the University of Minnesota, as well as the first school "fight song". The 1900s introduced popular usage of the megaphone, which had been in use on the day cheerleading began in 1898. The first cheerleader fraternity, Gamma Sigma, was also organized in the 1900s. The first "homecoming" was held at the University of Illinois in 1910. In 1920, yell leaders brought in drums and noisemakers. As football became more popular, so did cheerleading. Women became active in cheerleading in the 1920s. The University of Minnesota cheerleaders began to incorporate gymnastics and tumbling into their cheers and the first flash-card cheering section was directed by Lindley Bothwell at Oregon State University. Then, in the 1930s, universities and high schools began performing pom-pon routines and using paper poms. In the early 1940's, when men went to war, women not only went to work, but also on to cheerleading squads. Cheerleading then became more as a female sport. Women were revitalizing the spirit when it was needed. When the men returned from war, new twists and turns were added. Gymnastics were always done by men, while the girls danced. This gave rise to dance teams.

As the 1970s rolled in, cheerleading was building up an unstoppable momentum. In addition to cheering for the traditional football and basketball teams, cheerleaders began supporting all school sports, sometimes selecting several different squads to cheer for wrestling, track and swimming. The first nation-wide television broadcast of the Collegiate Cheerleading Championships on CBS-TV in the Spring of 1978, initiated by the International Cheerleading Foundation. In 1976, the Dallas   Cowboy Cheerleaders performed at Super Bowl X and started an evolution of "dancing cheerleaders." In the 1970's, high school and collegiate cheerleading competitions began. In 1980, universal standards were set and safety guidelines outlawed many dangerous tumbling moves and pyramids. National cheerleading competitions for junior and senior high school as well as collegiate squads took place across America. The I.C.F. Training Course for faculty cheerleading 'sponsors'and coaches was offered across the United States.

Today, collegiate pom and dance is a fast growing segment in the spirit industry. Cheerleading is now international, with Japan, Europe, Australia, Canada, and Mexico promoting the sport. Cheerleading was created because one cannot spend their lives sitting in the stands just watching the game. The importance of cheerleading has also come a long way and was first acknowledged by Willis Bugbee in 1927, when he wrote: "The cheerleader, where once was merely tolerated, is now a person of real estate. His prestige is such that at many schools and colleges he must win his place in competitive  examination." And it is true today, that a person must be highly skilled and competitive in order to achieve the honoured and respected position of cheerleader. This cherished position has, throughout the years, been held by some truly talented people.

Whether you are a cheerleader on an all female, an all male, or a co-ed squad, you are striving towards one goal. That goal is to effectively lead a crowd in support of an athletic team and to generate spirit and pride within a school or community. Today cheerleading enjoys a reputation of being an important leadership force on practically every high school and college campus in America. All of this is because of a man named Johnny Campbell in Minnesota who couldn't stand sitting in the bleachers. He had to be in front of them!

All images on this website are protected by copyright.  Reproduction or publication is strictly prohibited. 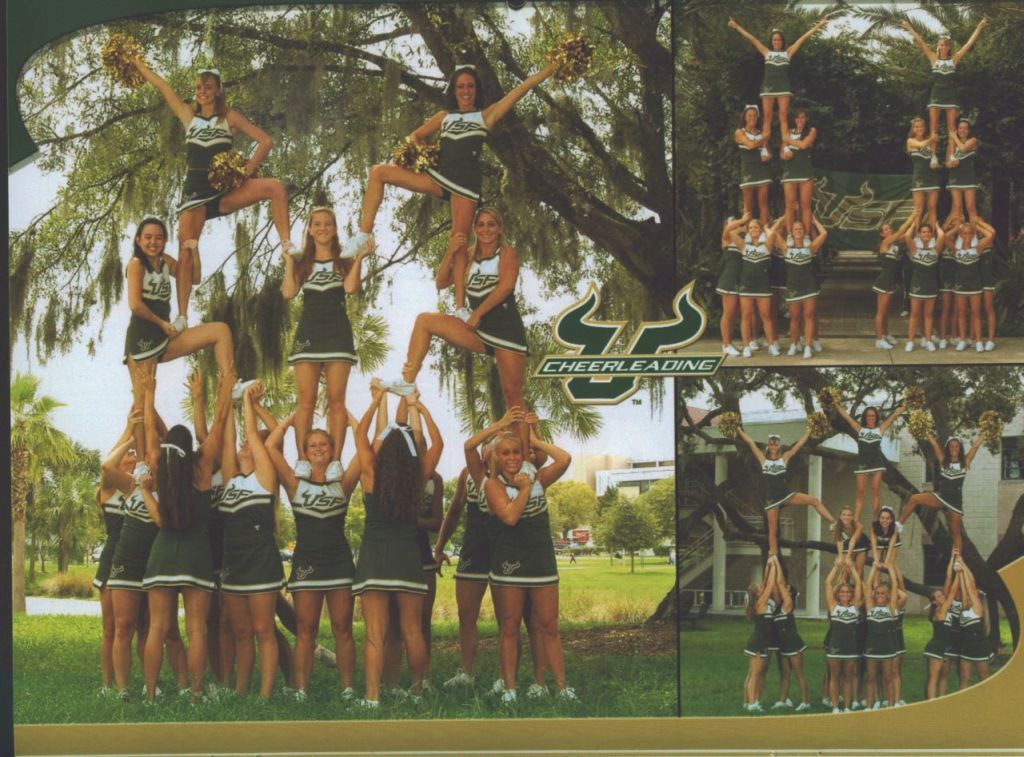 2000:  The Bulls took on Conference USA opponents at the Sun Dome

All images are copyright 2020 by USFSpirit.com

Most images depicted are from a private collection and may not be copied, reproduced or published.